ACT NOW: Stop Bill 276 and give tenants a fair chance at the LTB! 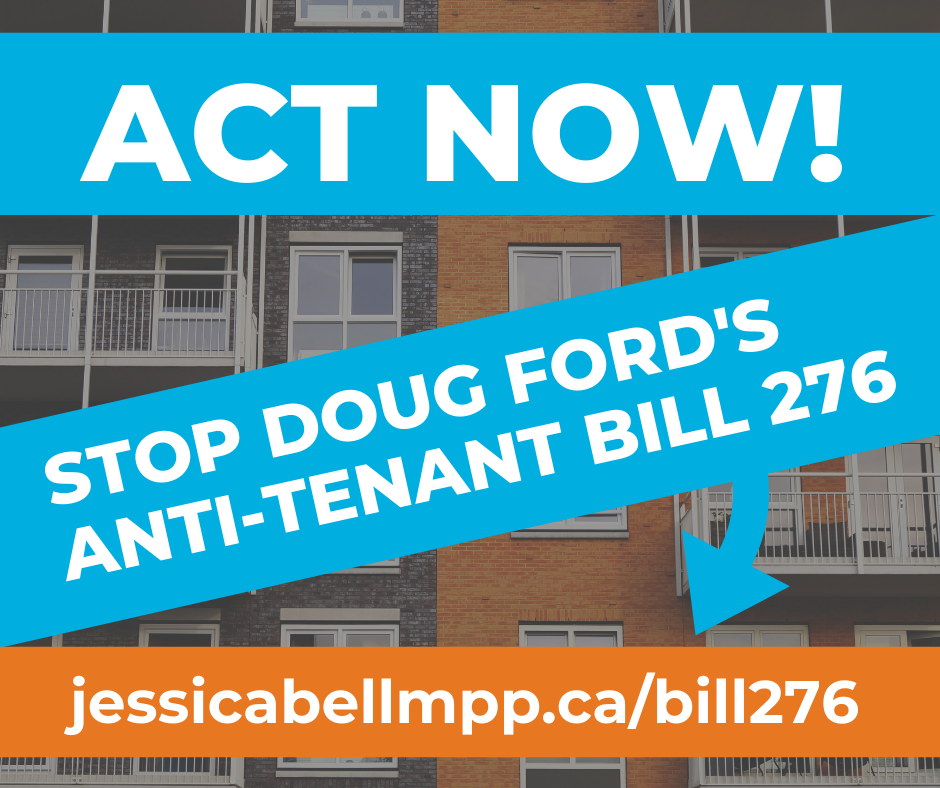 While Ontarians have been struggling to make ends meet and stay housed during the COVID-19 pandemic, the Landlord and Tenant Board has been busy conducting a dangerous eviction blitz behind closed doors.

To make matters worse, legal clinics and tenant advocates have reported many instances of procedural unfairness since the LTB moved to virtual hearings like: adjudicators ordering evictions against hundreds of tenants in as little as 60 seconds, adjudicators obstructing tenants from obtaining legal counsel, adjudicators forcing children to act as interpreters at their own eviction hearings, adjudicators booting dozens of observers from its virtual hearing rooms and more.

Many of these injustices were brought to light because tenants and/or their advocates recorded LTB proceedings and shared them on social media. Instead of solving the obvious violations of due process at the LTB, Bill 276 attacks transparency by fining those who record and disseminate recordings of LTB proceedings up to $25,000.

Squashing the evidence is not the solution.

It’s time instead to provide rental support, an eviction moratorium, and true LTB reform to ensure everyone quickly gets a fair hearing.

Fill out the form below to send a letter to Premier Ford, Assoc. Minister Prabmeet Singh Sarkaria, Minister Clark, Attorney General Doug Downey, Members of the Committee on General Government, and your MPP to demand they scrap Schedule 27 in Bill 276.