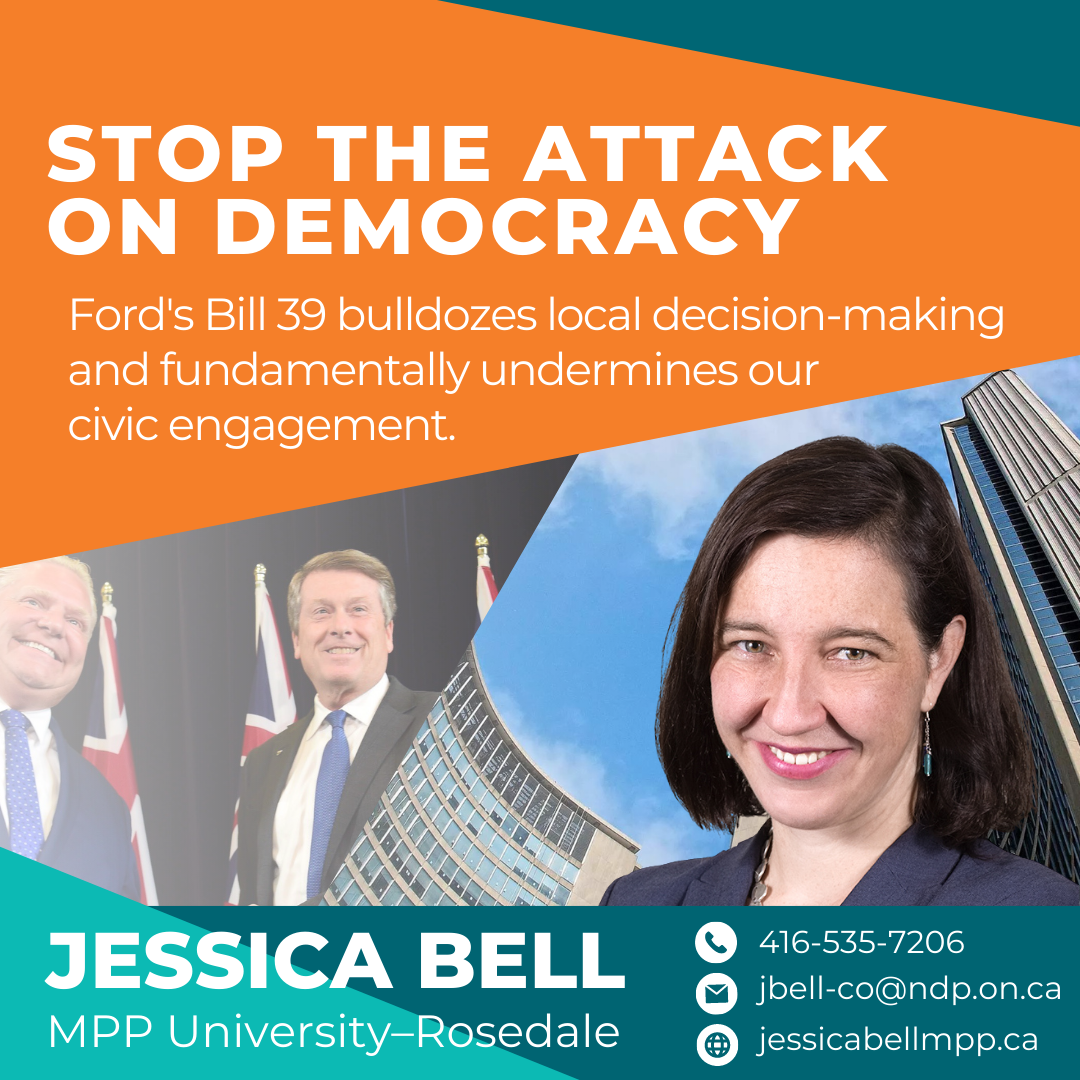 The Ford government has introduced yet another bill that will bulldoze local decision-making.

Doug Ford’s Bill 39, Better Municipal Governance Act, 2022 threatens democracy in our city by allowing the Mayor to propose and pass by-laws with the support of only one-third of Council. If passed, this Act would make Toronto, and Ottawa, the only legislative bodies in the country that don’t require a 50% + 1 vote to make a decision.

If Ford actually wanted to help folks find an affordable home he would direct his government to focus on building more of the missing middle, bring in stronger rent controls and clamp down on speculation.