Take Action Roundtable on Road Safety and the MOMS Act 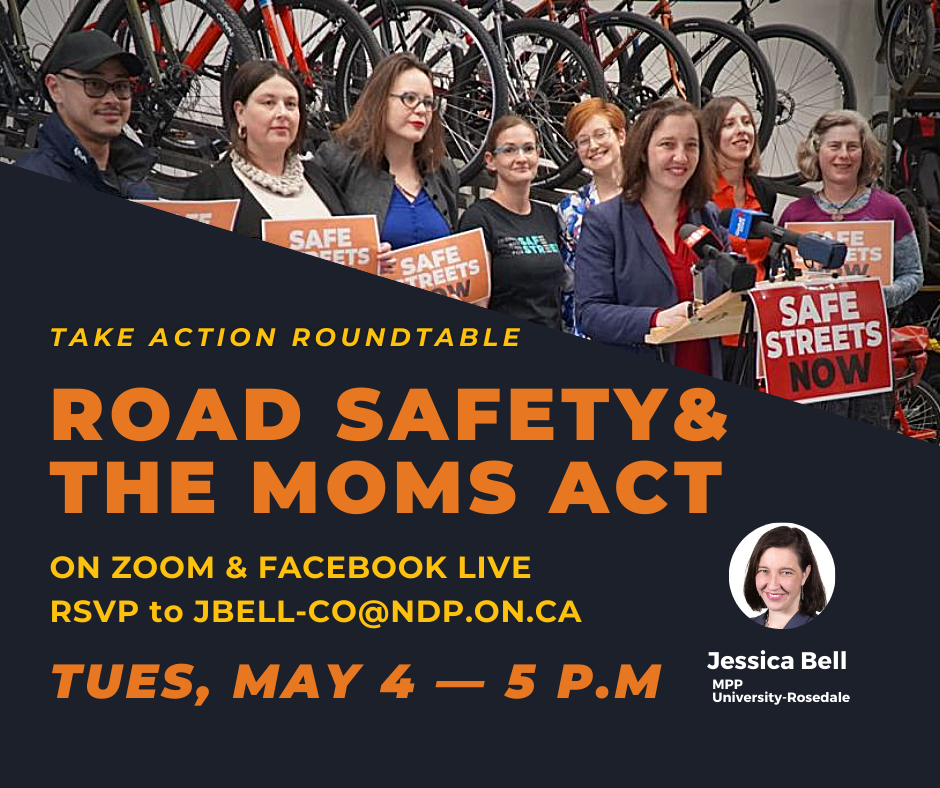 While the MOMS Act takes positive steps to make our roads safer, the MOMS Act gives us the opportunity to introduce amendments to push for the safe streets we truly deserve.

Join our Take Action Roundtable on Road Safety and the MOMS Act. The purpose of this roundtable is to give you an update on the bill, discuss what additional amendments we can introduce into the Act, and discuss what actions we can take to keep road users safe.

Take Action Roundtable on Road Safety and the MOMS Act

What’s in the MOMS Act?

We would like to introduce amendments to strengthen the MOMS Act, including the Vulnerable Road Users Law into the bill to ensure drivers face tougher penalties if they kill or injure a pedestrian, road worker or cyclist. But to achieve these changes, we must work together.

The bill is at second reading. Here’s where you can submit written comments and apply to speak to the MOMS Act when it reaches committee. Please cc-us at [email protected] if you want me to share your concerns in the legislature or in committee