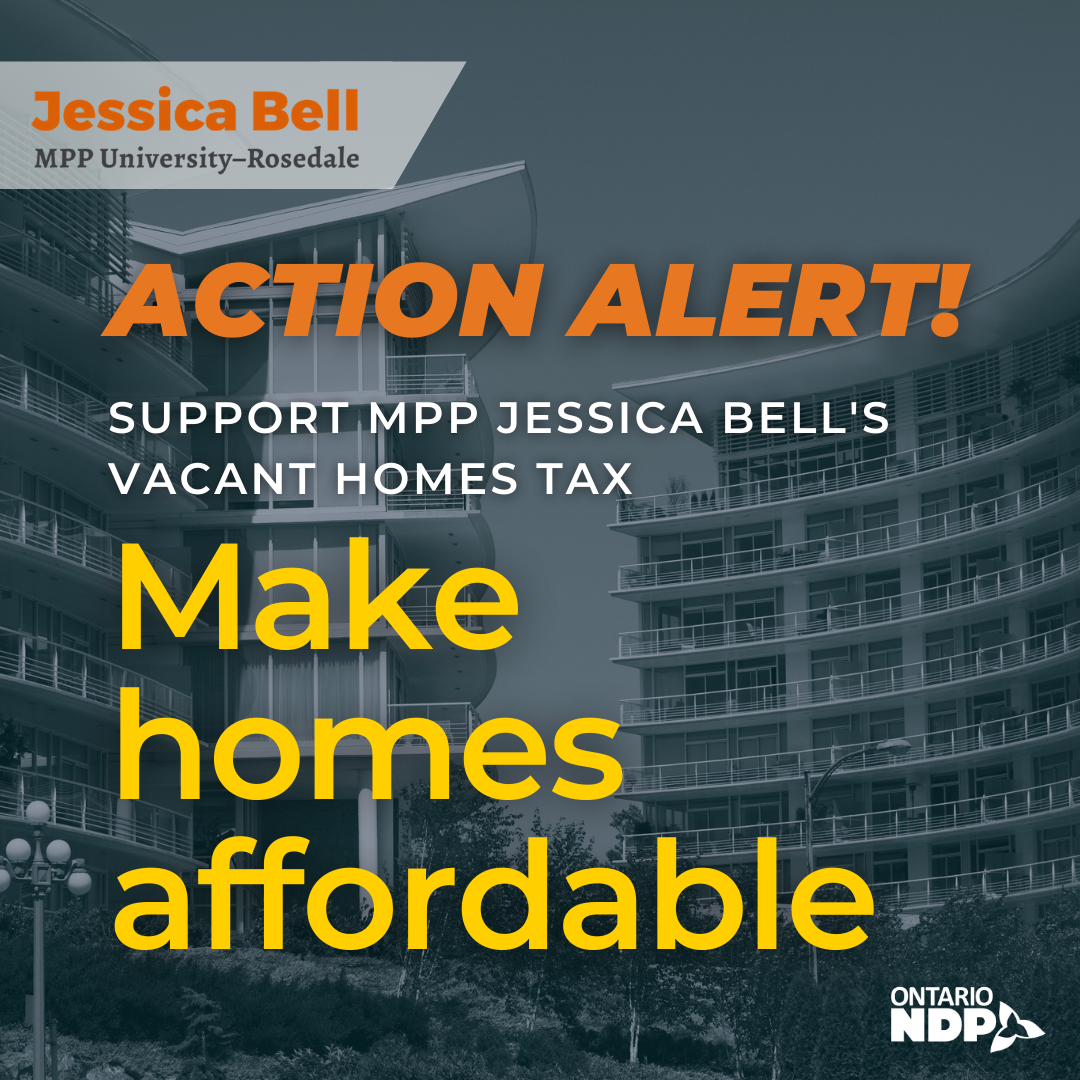 Skyrocketing housing prices have made the dream of homeownership out of reach for many Ontarians, particularly young people and newcomers. While Doug Ford has helped speculators and large developers rake in record profits, renters and first-time homebuyers have been left behind.

Add your name below and we'll send the letter below to you MPP, Premier Ford and Minister of Finance.