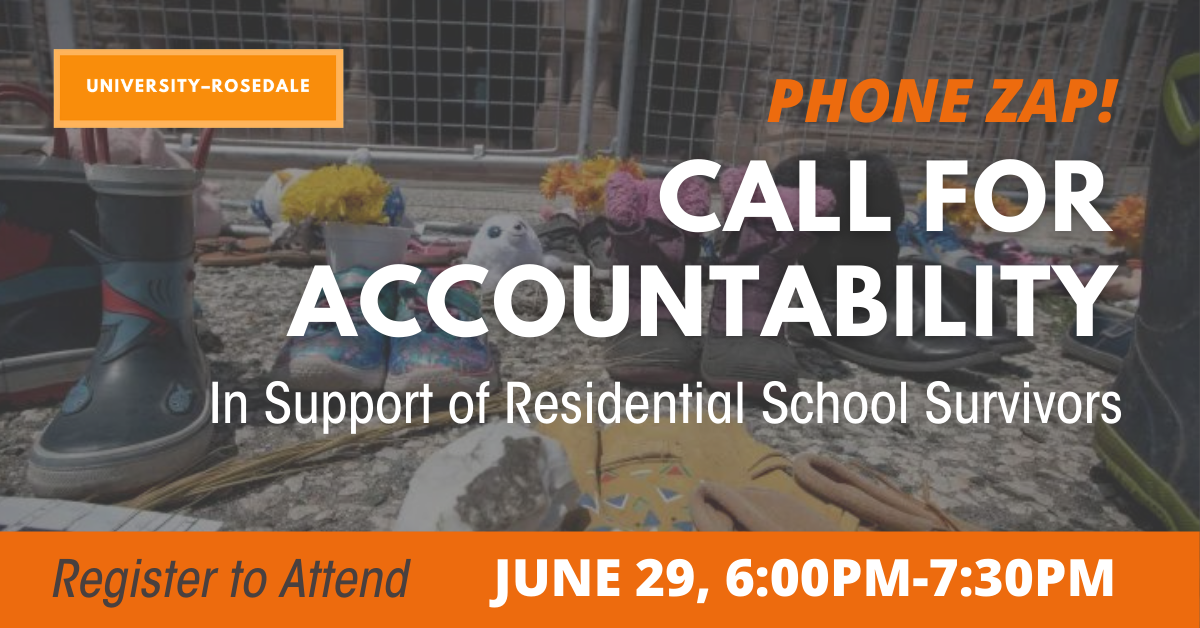 Only a few weeks ago, the Tk'emlúps te Secwépemc First Nation announced that the remains of 215 children had been found on the grounds of a Kamloops Residential School and now hundreds more unmarked graves have been discovered on the site of a former residential school in Saskatchewan, on what is now the Cowessess First Nation. Amid the expressions of mourning from government officials, we have seen very little committed action. It’s been six years since the Truth and Reconciliation Commission (TRC) put out 94 calls to action, and far too few have been implemented, including those around missing children and burial grounds. We can and must do better.

On Tuesday June 29 at 6 pm I am hosting a phone zap to support residential schools survivors and will be joines by Indigenous MPPs Sol Mamakwa and Suze Morrison to call elected representatives and demand they take the TRC's calls to action seriously.

We will gather on Zoom, hear from speakers, and after a short tutorial, begin calling and emailing Liberal and Conservative MPs and MPPs.