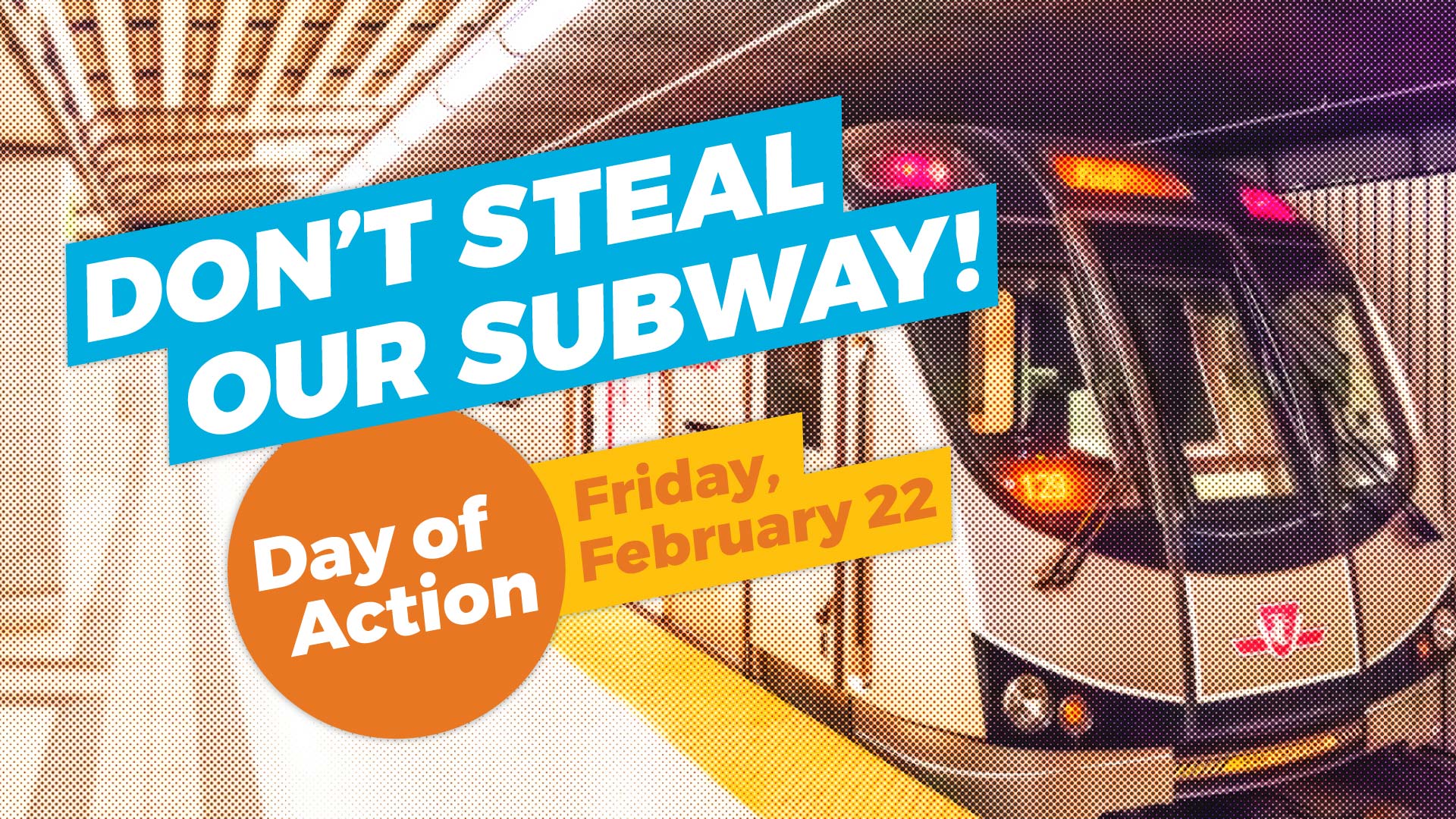 Take action with NDP Transit Critic Jessica Bell, TTCriders and allies for a city-wide day of action in Toronto on Friday February 22nd, to build on the growing opposition to the province's plan to steal our subway. The subway upload plan will mean higher fares, less accountability, and opens the door to privatization. The TTC needs more funding from the provincial government so we can have better service and more affordable fares.

We are asking you to lead or join a canvass at a subway station from 8:00am-9:00am and then converge at Queen’s Park station at 9:30 for a joint media event.

At a Subway Station Near You!